This site uses cookies to offer you a better browsing experience.

A project to assist the re-establishment of Freemasonry 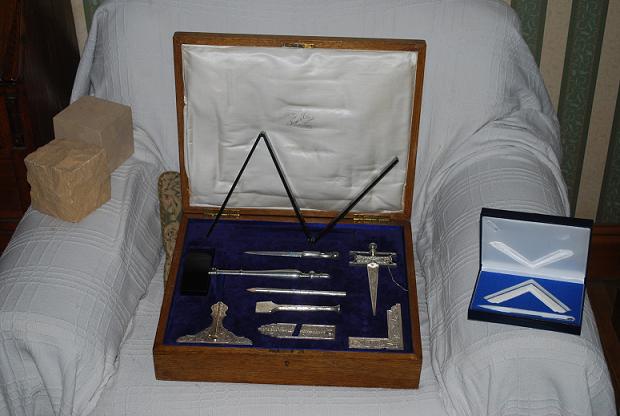 In those now independent countries of the old Soviet bloc and Yugoslavia, there has been a welcome re-establishment, a re-birth, of freemasonry .

This is a freemasonry that had lain dormant for many years, having been erased from the life of those countries during the long periods of first Nazi and then Communist oppression. During those years of oppression and subjugation many Masonic buildings were destroyed, together with their historic contents. Valuable furnishings and fittings and works of Masonic art were destroyed.

When freemasonry was revived in those countries those new lodges were therefore starting from nothing; nothing that is except a strong and driving force present in good men who wanted to establish an independent freemasonry in their own country.

The brethren of Internet Lodge therefore want to assist in this most worthy purpose. We want to provide help and support to those newly forming lodges and by so doing strengthen and encourage an emerging freemasonry in those countries. As a valuable by-product of such help and support we will further cement the good international relationships between countries, between brethren and between lodges, both Grand and constituent.

Several members of the lodge from the U.K. and the U.S.A. were delighted to accept an invitation from the Sir Winston Churchill Lodge from the Grand Lodge of Minnesota to join them for a weekend of fraternal and social activities in Minneapolis in June 2011.

In May 2012 a group of over 80 members, partners and friends ( including 11 from Romania) visited Malta for a week of Masonic and Social activities. We had a truly wonderful experience.

Read Alan Wyer's Blog
And Here is Dave Grayshon's Blog
Here is a view from the LILies - Ann Bryan's Blog
and here are comments from other members.

David Starbuck and a small group of lodge members were delighted to visit Malta in November 2011 to see the preparations being made for the visit.